Showing posts from October, 2021
Show All

Menstruation: Why should females have all the knowledge? 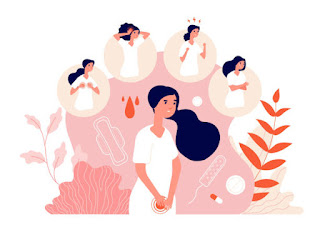 We live in a world where we still fight for equality and justice for women and the queer  community. We still beg for equal opportunities and it is yet so difficult to voice our opinions because when we do, we are titled as ‘stupid’ or our opinions are declared ‘void’. Apart from fighting for all these existing issues, one of the things that still remains the same is the taboo  of menstruation or to put it differently, “Shhh, do not tell your father about it! He is a  man!” Talking to our male counterparts on this topic of menstruation is still taboo in society. People hesitate, rather feel embarrassed to talk about this with their fathers or brothers, thinking, “They do not even know about this, is it even fine to talk to them?” and the same feeling of ignorance is also encountered in men as they feel embarrassed to talk about periods. They term it as a ‘disease’ or ‘apshagun’ (meaning: unholy). Men feel like it is wrong by their masculinity to speak about or address the topic of mens
Post a Comment
Read more 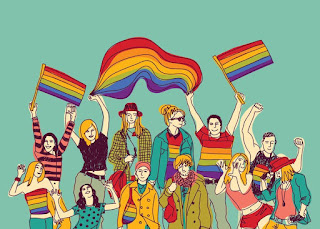 We live in a society that is engulfed in pop culture thanks to media. Media, in some fashion, is a part of almost everyone’s daily routine, and because of this, pop culture is a powerful and influential force for each individual in our society. Regardless of quality and accuracy, media coverage and portrayals are highly modelled and valued by those who partake in any form of popular culture. Unfortunately, several groups of individuals “suffer unequal treatment both in and outside the media,” and one of those groups is the LGBTQIA community. Several studies indicated that the influence popular culture has on individuals both within and outside the LGBTQIA community is striking, as LGBTQIA individuals were likely to be portrayed in a negative or stereotypical manner. The media's portrayals of LGBTQIA individuals have been increasing and are becoming less stereotypical over time, but realistic portrayals are still quite rare. However, there’s a glimmer of hope after all. Thanks t
1 comment
Read more 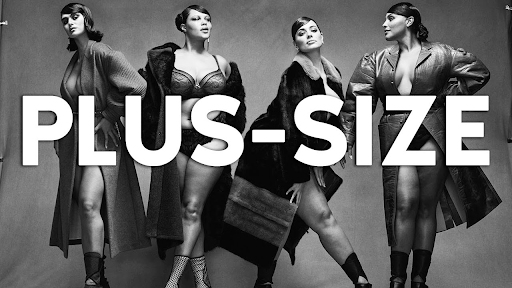 For pretty much all of fashion’s history, the perfect modelling body was supposed to be lean and tall. It wasn’t until the last decade that plus-size modelling became acceptable in society, let alone be taken up and be promoted by fashion heavyweights. Activism has played a huge role in bringing plus-size people’s to mainstream modelling. Voices have been raised to make modelling more inclusive and diverse. Fashion shows have seen an increasing number of plus-sized people walk the ramp. From Ashley Graham on Vogue to Candice Huffine in New York Fashion Week to Paloma Elsesser, the fashion world has been accepting plus-size models into their community.  While the west has been more or less accepting and including plus-size models into mainstream fashion industries, India lags far behind when it comes to diversity and equality in the modelling world.  Plus-size models in India have a difficult route ahead of them. There have been limited efforts from the fashion and corporate world to
Post a Comment
Read more
More posts