The plight of the unemployed bread earner

While having held the privilege of better job opportunities, a say in the country’s systems & politics & the freedom to pursue whatever pleases one’s heart, men have also had to bear the brunt of the societal standards fixated on them. Because of the gender inequality that persists in society, it is not intuitive for anyone to understand the pressure men are under & society’s role in reducing it. For eons, men have had to shoulder the responsibility of being the sole bread earners of the family. Ever since childhood, they are taught to put up a bold face & face the world headstrong to provide for food on the table. It is ingrained in their minds that it is their sole responsibility to ‘provide’ for the family. If not, they are not fulfilling their moral duties. They have had to live up to the labels of being ‘strong’ & ‘successful’. Branching from this pressure is the machismo we see affecting both the men & women equally. Beholding the title of ‘the breadwinner’, men have been taught to run behind wealth & seek the more monetarily viable option, more often than not, keeping their desires & ambitions aside. The pressure & expectations amplify with age. As a child, it is to perform well in school, followed by college & then to run behind the highest paying jobs. But in reality, this was just the beginning- getting married & having kids, earning for the entire family & maintaining a certain standard of living is a lifelong burden. They have to stick to careers they are half interested in, and find alternate sources of income, not out of choice, but out of necessity. They can’t quit their job, the sustenance of the family prioritizes over the want to follow a passion. They are always expected to show up with their tough exteriors & keep their emotions aside while making any & every decision. Like women, objectification at the stage of getting married is faced by men as well. The man’s ability to become an ideal life partner is boiled down to his net worth- the salary package he has, the car he drives & whether he owns his own house or not. Thus, if a man is not successful enough in the early stage of his career & does not have a monetarily promising future ahead of him, he is termed mediocre by society’s standards. Although this may seem like a problem encountered by rural households, it rather is widespread among all income groups-rural & urban alike. This burden has deep-rooted effects which affect society at large.

For one, it causes men to be under tremendous amounts of mental pressure all the time. The constant need to hustle one’s way through, and prioritize work & the family’s needs above one’s health just to prevent oneself from being looked down upon by society is a battle every man fights throughout his lifetime. Such toxicity has led to men going above & beyond in compromising their morals to earn some extra cash. Not only does the problem dominos its way to officials accepting bribes at higher stature but also the lower-income individuals engaging in petty crimes. Men can’t just afford to remain unemployed. They often take higher risks in business as well in hopes of a higher & quicker return. Men end up taking loans to fulfill the dreams of their family members. The mental toll of repayment goes to the extent that any failure or lapse in payment leads to not only added interest but also societal shame. Most men get so swollen by the shame & fear of failure that they end up committing suicide. A failed business & the shame that followed thereafter also causes men to succumb to death. In India, in 2019, the male-to-female ratio of suicide victims was 70.2: 29.8. The silent sufferers often get socially disintegrated & have no proper access to medical treatments. The patriarchal society has forced them to not just swallow up their emotions but also condition themselves not to feel any.

Due to the bestowed financial responsibility, unemployment is a threat to their very existence. A person takes twice as much time to recover from a loss if he is emotionally broken. While we are trying for more female inclusion in the workforce, sustaining the existing male population is equally important.

Schools & colleges need to propagate the responsibility of both the genders in running the house & changing the existing patriarchal view of the society. We as a society need to give men the breathable space for them to open up about their emotions & not be bogged by society’s standard of their roles & responsibilities. Considering the status quo & the existing financial dependence, reducing expectations from the male population does not seem like a lucrative option immediately. As a society, understanding the problem & having empathy for the young & middle-aged employable male workforce in our society is not enough. We need to reach out to the root cause of the problem & find productive solutions. Upskilling of labor- that will eventually help the male population to find better job opportunities & earn their livelihood can be a starting step.

Every company is mandated to invest in CSR projects- a part of the CSR budget can be allocated towards the aim of upskilling. They can set up training workshops for people without any formal education, thus expanding the workforce. Investing in the development of the workforce is something to always keep in mind- it not only benefits the male population but also helps labor-intensive industries to mold the labour according to their requirements. In a constitutional country like India, private companies need to be monetarily incentivized enough by the government to take steps for the growth of the masses. Hence, policies of tax benefits, subsidies & rebates by the government will be a good step in kick-starting this movement. On an individual level, if you have the option to employ a person who has a family dependent on him rather than a fresh young talent, opting for the former could save a family. If further, you are in a privileged enough position to generate employment for people, focusing on the establishment of industries in rural areas with existing mass unemployment is an idea worth considering.

To all the men reading this, I urge you to speak to your loved ones & open up if life hits you with lemons- sharing your troubles will only help you make a better lemonade:) Masking your emotions will do no good & the built-up frustration will inevitably lead to an unpleasant blast.
You are understood & loved! 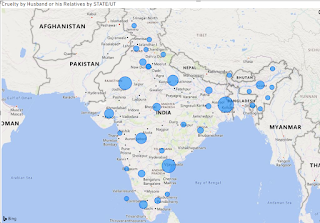 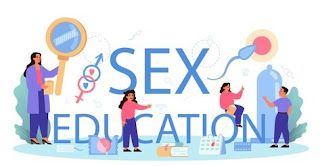 Sex Education and Indian “So”-ciety  Let's talk about sex, baby  Let's talk about you and me  Let's talk about all the good things  And the bad things that may be  Let's talk about sex? Nope. – Says the society. Not until a magical switch is flipped on the day you say 'I do'. Thereafter all at once, it turns like the main plot. Masked under heavy innuendos, among other conservative members who gently egg you for “good news”.  In the land of Kama sutra, Khujarao’s Sex temples, and people worshipping ‘Shivlingas’, the word “SEX” remains taboo in India. The country which wrote the greatest book about sex. For Indian society, sex still remains a matter to be discussed inside the closed doors of a bedroom instead of talking about it in public spaces to create more awareness.  India has great architecture and a historic presence to date. There are sculptures of sexual beings, denoting different meanings and expressions of being, and are still a part of the structure
Read more